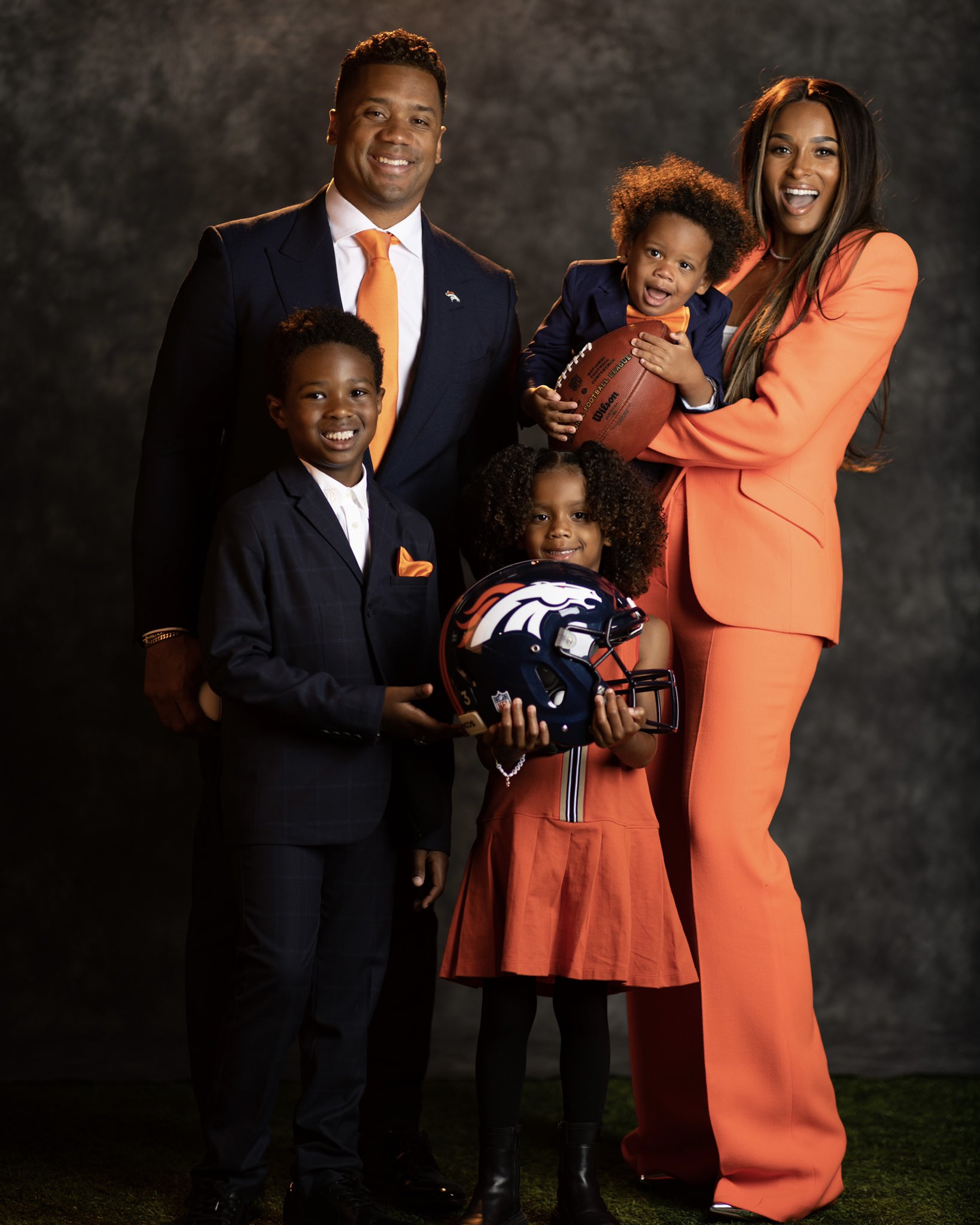 Russell Wilson had his first press conference after signing with the Denver Broncos, and his full squad was in attendance – his home team. Ciara, 7-year-old Future Zahir Wilburn, 4-year-old Sienna Princess Wilson, and 19-month-old Win Harrison Wilson were all dressed in orange and blue as they were joined by Russell’s mom, Tammy, and his brother, Harry, to celebrate the big event. After 10 seasons with the Seattle Seahawks, Wilson was traded to the Broncos in the beginning of March, where he plans to spend the rest of his career.

“My goal is to play 10 or 12 more years and hopefully win three, four more Super Bowls, that’s the plan,” the quarterback told ESPN during the press conference. “That’s the mindset. That’s why I came here, to finish my career here and hopefully finish on top as a champion. And do it multiple times.”

At the press conference, Wilson, Future, and Win wore matching blue suits, with Win sporting an orange bow tie and Future looking dapper with an orange pocket square. As for the ladies, Ciara and Sienna  wore dressed in orange ensembles, with Ciara  wore a orange David Koma suit and their daughter in a collared dress. 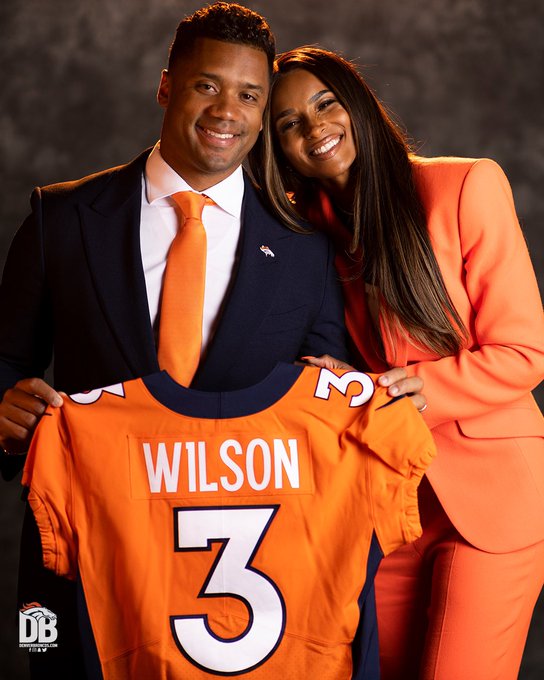